Word of mouth is that Zynga is preparing to harvest the world.  Is this a horror movie?  No, but FarmVille has already invaded millions of homes, and now it wishes to conquer our pockets.  They're gearing up for a mobile platform, one that will reach millions more via the iPhone, iPod Touch, iPad, and Android.

As much as I like FarmVille, I can't help but recall a certain "horror" film called Halloween III: Season of the Witch.  And no, I'm not talking about Michael Myers—I'm talking about Conal Cochran, the evil madman who schemed to kill children worldwide with his popular costume masks on Halloween night, via a televised content broadcast, which would turn their brains into deadly snakes and cockroaches that would kill entire families—one man's idea of apocalypse.

Okay, so the movie wasn't the best, and it was full of plotholes, but who can say what Zynga is actually thinking?

As of right now, FarmVille has over 80 million active monthly users on Facebook, and just imagine what that number will be when they add mobility to their game.  Any soul carrying a cell phone will be devoured.  Or maybe their brains will just turn into snakes and roaches.

Despite Zynga's current exclusion of their most popular games on the iPhone and iPod (FarmVille, Café World, Treasure Island, FishVille, PetVille), they have made some mobile apps, like Mafia Wars, Scramble, Vampires: Bloodlust, and Street Racing.  So it was only a matter of time before FarmVille crossed over from web browsers.

Although Zynga hasn't released any official word of a FarmVille iPhone app, a Zynga spokesperson did speak with Mashable: "Zynga plans to expand to various mobile platforms. We cannot provide additional information at this time."

These rumors all started out with Superannuation's slick discovery of a few taken domain names registered by one DNStination, who holds the official www.farmville.com website.  The other domains registered were farmvilleandroid.com, farmvilleipad.com, farmvilleiphone.com and farmvillesms.com.

No one can speculate exactly how FarmVille will function on these various mobile device platforms, or whether there will be SMS-based play involved, but one thing's for sure—it's coming—it's just a question of when.

Just stay away from worldwide Zynga promotions.  Unless you like snakes and roaches. 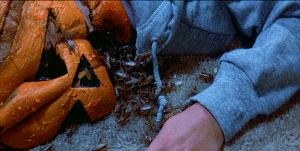