This was done for the contest on the forums.

I had great plans, but due to needing to keep the blogs up to date and some personal life complications, I didn't get as much done as I needed to in time.

I carved the cow on the 24th and took this first picture, then it sat outside at night, and switched with my husbands pumpkin to take a spot in the fridge from time to time. I tried to save it Friday night by putting it in a bucket full of water with a bit of bleach (which actually firmed it up enough to lift it while my husband's melted into the deck). Anyhow, the second two pictures were from today (Oct 30th) 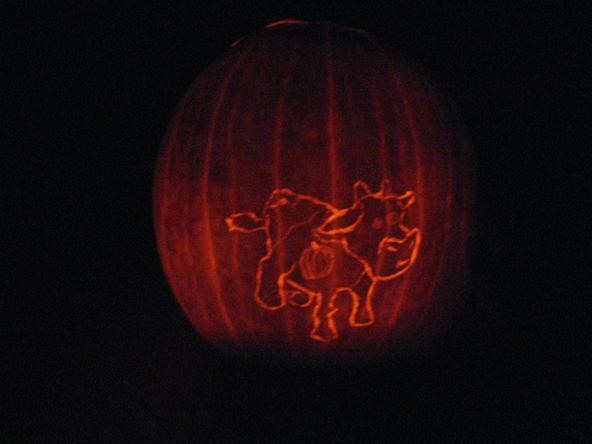 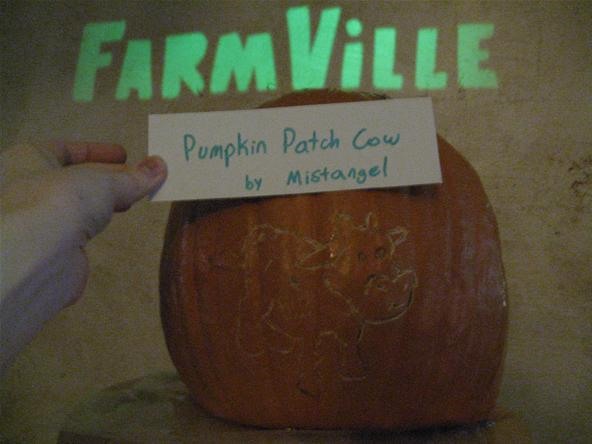 The white outline is mostly mold at this point, and notice how it's completely melting. Shoved the tag into a soft spot for one final photo before it collapsed. 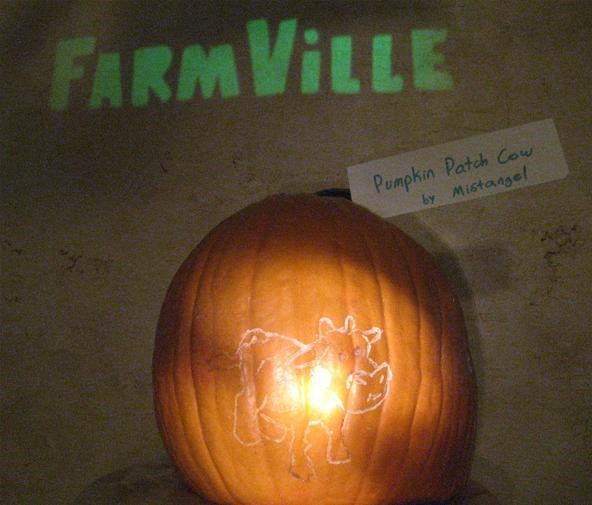 The making of my pumpkin! 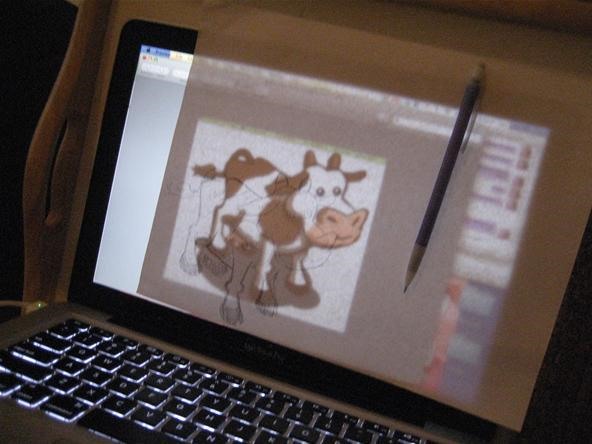 First I traced a screen shot of the basic cow. I fondly call her Bitsy. 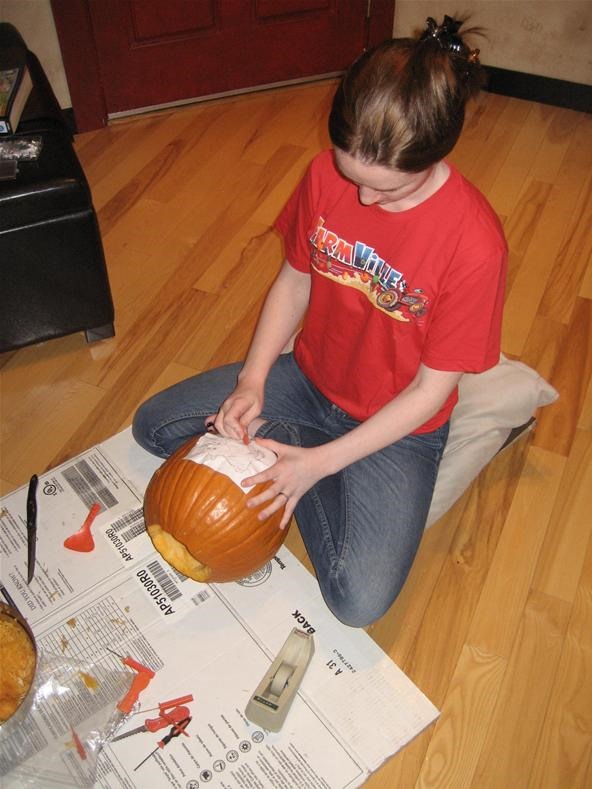 Next I transfered the image onto the hollowed out pumpkin using a poker tool. Then I used a pocket knife to scratch out the lines; just taking the top layer of orange off. To light it I used an under cabinet LED light.

This is a Dark Templar, which is faction of the Protoss race in the game: StarCraft. 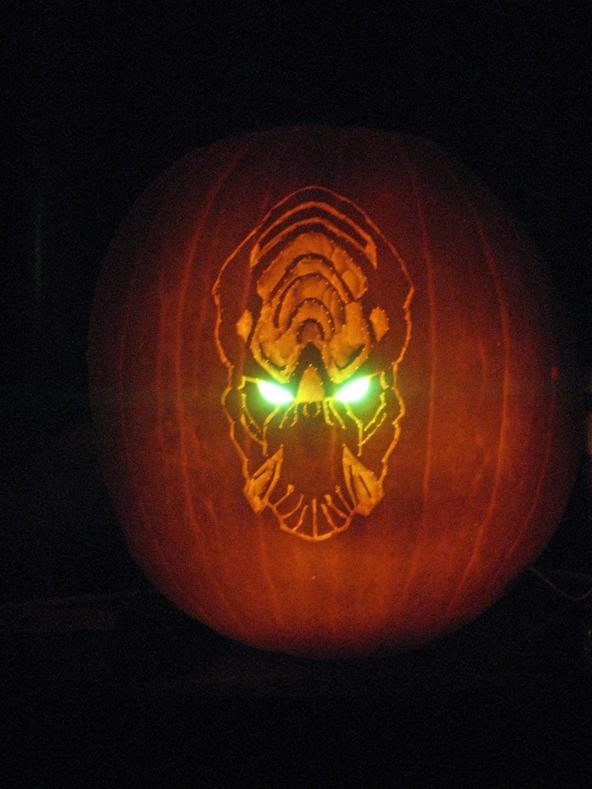 Basic lighting is the same as mine, but eyes are lit with LED flashlights attached to a chopstick then shining through a tissue. 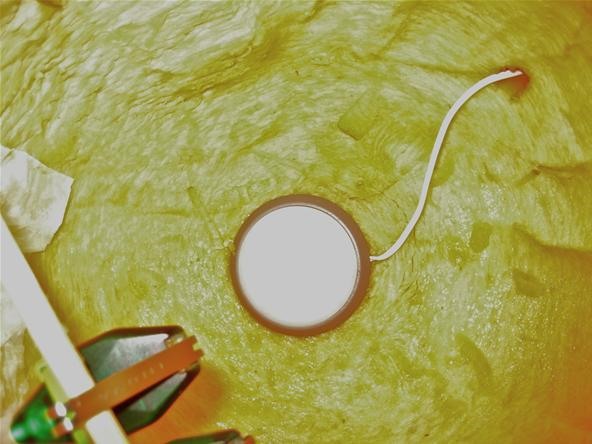 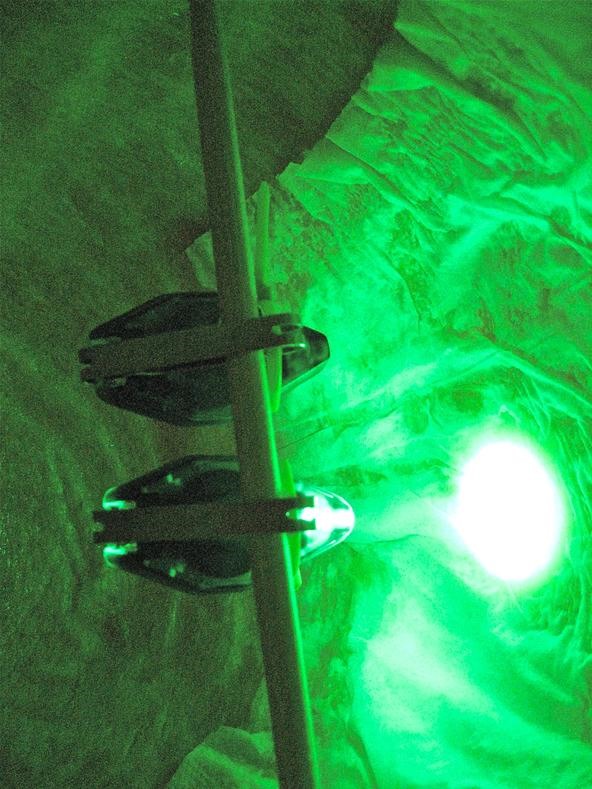