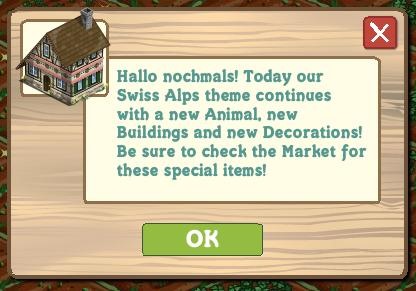 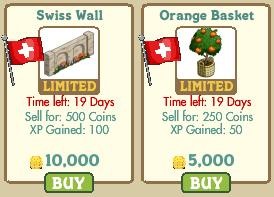 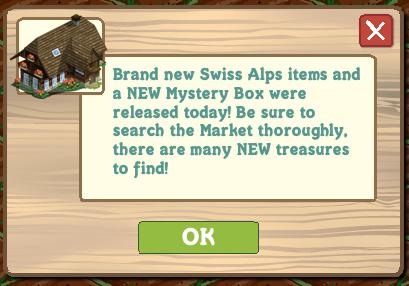 Whats this in the corner above my market? Hmm, new!

Hampshire lamb is back!

And how could we forget the little firewood basket!

The mystery chests always have old stuff in them. This one is no exception! This wee's mystery box contains: the brown pony, the alpaca, the teal victorian, a waterfall, a cabana, and the pleasant scarecrow.

Also included in todays update but not Swiss was the announcement that the 26x26 land expansion has arrived and is rolling out to all users. It should be available in your market's shortly! 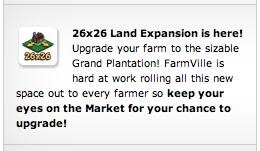 Here's some information from the official forums about the land expansion. You will need to add neighbors and have 2 million coins to get it! 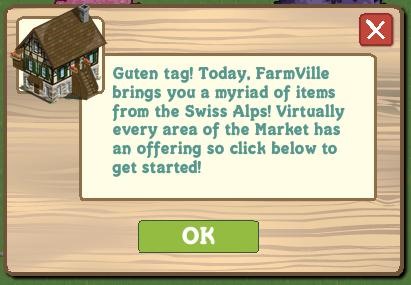 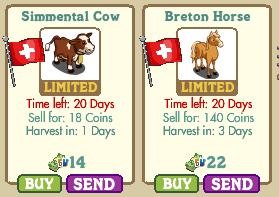 i want to be friend with in you in farmville